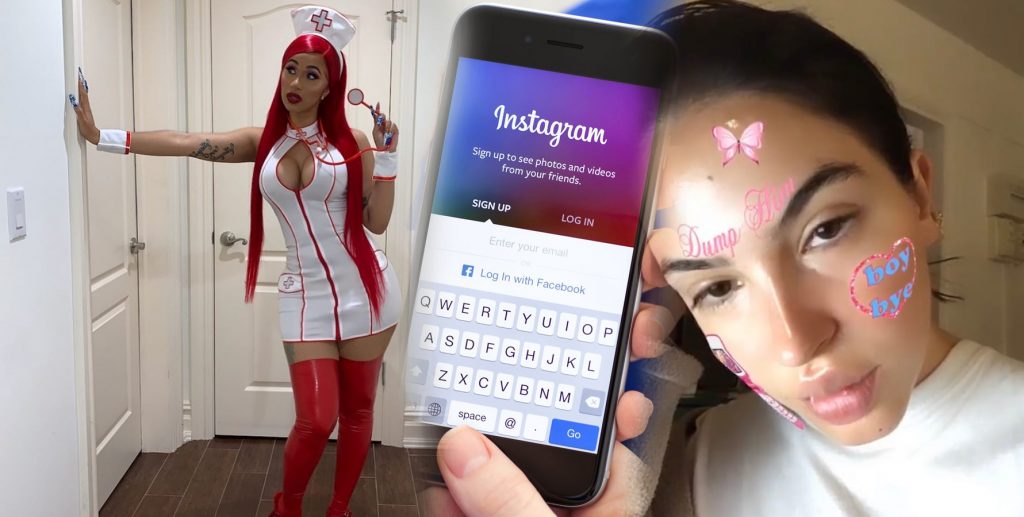 For many Instagrammers, there is intense pressure to look like famous influencers such as Cardi B, Kylie Jenner, and Hailey Bieber. And with the help of filter effects and apps like Facetune, it’s possible to make that a reality in photos and insta-stories.

However, the development company behind these filters, Spark AR, has just announced that it is removing “all [filter] effects associated with plastic surgery from the Instagram Effect Gallery”. Some see this as a sign that the platform will remove other face enhancing filter effects; which could potentially make getting those puffy lips and contoured cheeks impossible in the future without visiting a plastic surgery in Denver.

Although the company has not named the specific filters that will be banned, it is rumoured that the ban will include the popular filters “Plastica”, “Bad Botox”, and “Fix Me”.

This new rule comes after Instagram and other social media platforms have been highly scrutinized by the press, health officials, and academic leaders who have warned them about the potential negative impact social media can have on particularly younger users’ mental health and wellbeing.

For many of Spark AR’s digital designers who use the platform to promote their creative work, this announcement comes as a disappointment, especially given the fact that it has only officially been open to the public for about two months.

Without Filters, Will Users Resort to Real Life Plastic Surgery in Denver?

Without access to these filters, there is a possibility that some may just take the plunge and seek out real life services for plastic surgery in Denver. On the contrary, the demand for plastic surgery services may decrease given people will spend less time using filters that facilitate an unhealthy body image. There is research out there that suggests younger girls and women are “highly more likely to want a cosmetic procedure if they spend lots of time on social media” – however this study did not examine the use of plastic surgery apps specifically.

Relatively speaking, Spark AR is a new platform, and it will take some time for the company to create an environment that works for everyone. Although creative expression is important for AR filter developers, they still need to consider the emotional impact their creations can have on the end users who actually use them.

Related Topics:
Up Next

Listen To This: New Songs From C.KHiD, Life After Living Italy to Serbia

Hollywood Movie to be made about Influencer Carly Nogawski

With experience as a full-time environmentalist and part time journalist, Lisa heads the post of editor at California Herald. She covers all the significant proceedings in the world of Environment while editing all the news pieces posted over the website to ensure everything aligns with the journalistic format.

CBBC star, Archie Lyndhurst’s cause of death confirmed by her mother

India begins the vaccine roll-out for its 1.3 Billion people

Why is California struggling to control the coronavirus cases?

Pharaoh Kyle Learned What Made Great People Great And Copied It To Find His Own Success. Now, He Wants To Help You Do The Same

Will the Real Mati Marroni Please Stand Up?